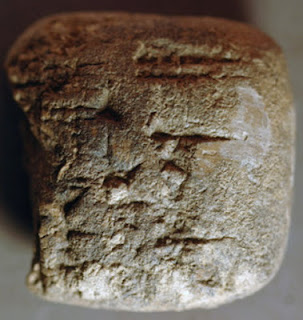 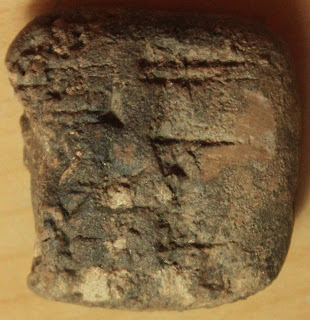 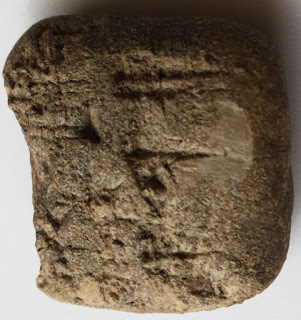 Ed Shapiro would like us to decipher the marks on this object. The only clue we have is that it is Levantine, that is, from the Syria-Palestine region. Which way up is it? All three photographs have the same position, with the face of the man in the hat in the middle (as he is an optical illusion, you probably can not see him). In the top picture, on the left side there seems to be  a square, which could be a B in the proto-alphabet. It might be cuneiform, though there are more lines than wedges in the apparent characters.  It could be mere doodling, of course.
As ever, only the person who wrote the inscription knew what it meant (if anything).